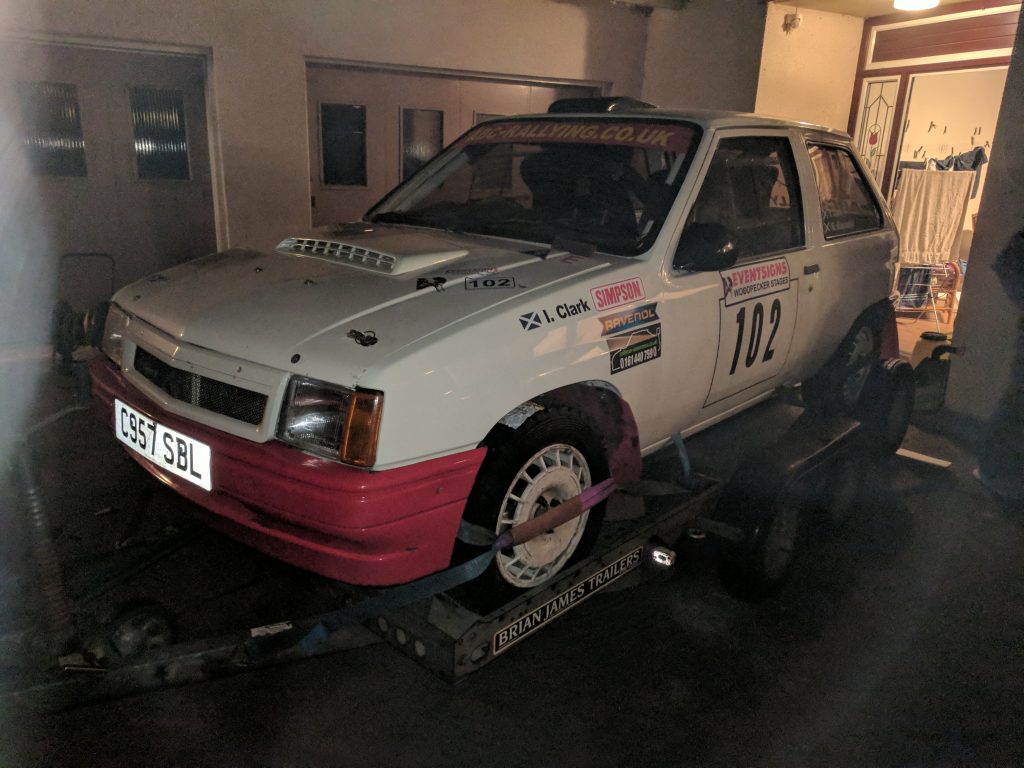 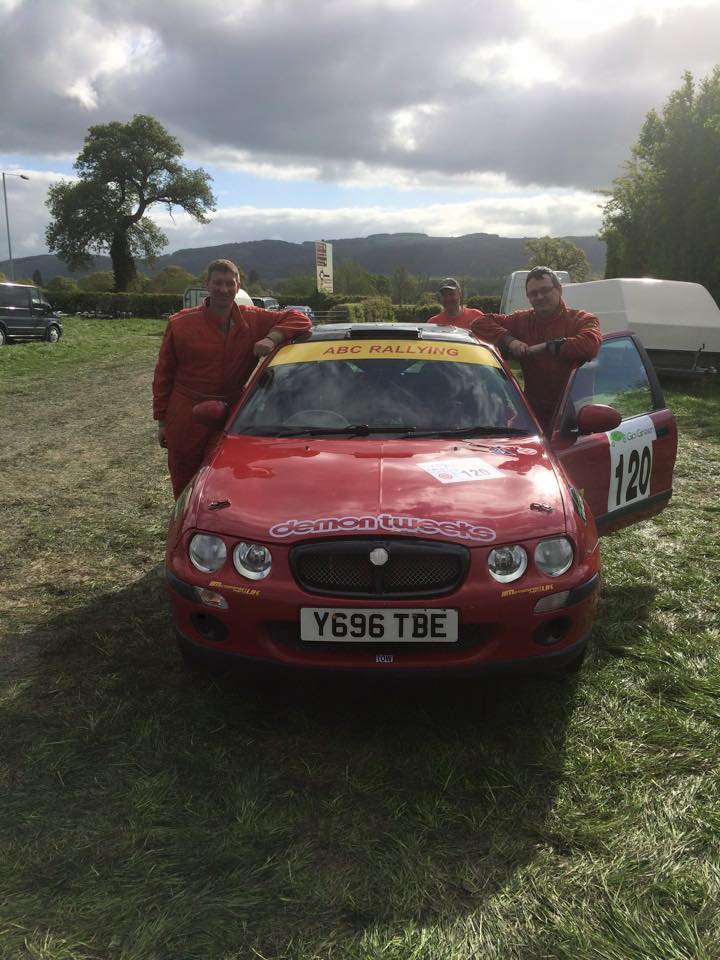 Gordon bought an MG ZR for competing in rallies down south after he had moved to Shropshire. Rather than taking the car straight away the team put in an entry for the Scottish rally in Dumfries.

The MG is a bit different from the Nova and while it handles really well it is a bit down on horse power.

The first stage went well with no real issues and we were able to feel our way into the event.
The second stage was also going well until about half a mile from the end when the car slid off and hit a small tree. There were plenty of spectators and the car was back on the road within 30 seconds or so. 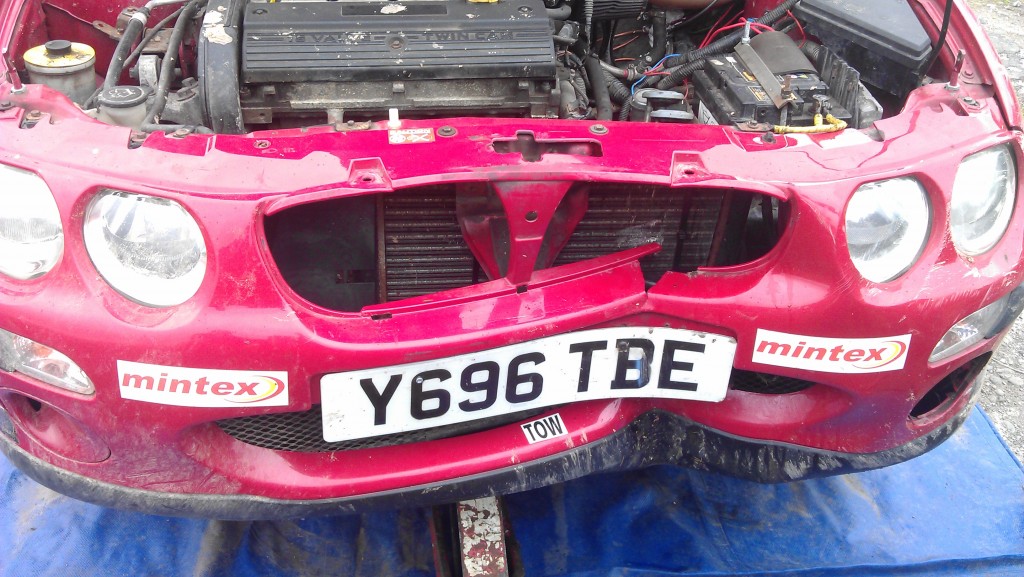 Back to service in Dumfries and while waiting to book into the control the team noticed a leak from the back of the car. Unfortunately it was the fuel tank that was leaking and that was day over.

The Albar Kames Trophy Rally had a full entry and include the F1000 Junior Rally championship for the first time.

Gordon had a hectic day as he was on the stages constantly jumping between the 2 cars.

On the main event Gordon and Michelle finished 10th overall and 2nd in class.

In the Junior event Alex and Gordon were 6th overall.

The Scottish Rally saw the return of the white nova to a scottish championship event for the first time since 2003.

The first stage went well with no problems and decent pace finishing 3rd in class. The short stage 2 was a bit untidy and we dropped a bit of time but no problems other than a lock up into a tight left 9 which saw the spectators running.

Back to service and no problems so on to the next 2 stages.

Stage 3, Twiglees went fine. Satge 4 Castle O’er is a favourite of gordon’s and even though the heavens opened just as we got to the start we set a very quick time in there to come out sitting second in class.

Stage 5 was the short spectator stage at Heathhall which has not been kind to us in the past. However no issues this time and we went into the last stage still sitting second in class with a 4 second gap back to third.

Stage 6 started well and was very quick. Everything was going well until 4 miles in and coming out of a tight junction we just lost power. the engine just stopped and we were stuck in the stage.  Unfortunately there was nothing that could be done at the roadside and that was the rally over.

A disappointing end to a good day with everything going well up till the problem at the end.  Once we got the car back to the garage the problem was traced to the distributor which had broken down and wasn’t working.

Sam was on holiday for this one so thanks to Brian for stepping up to chief mechanic and to Sam Henderson and Michelle Park for helping out.